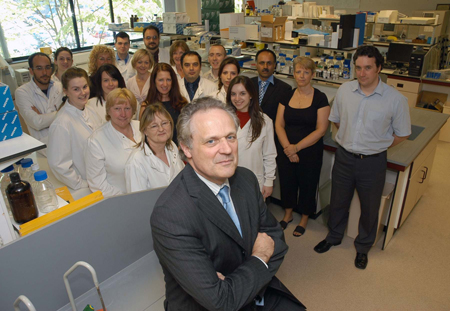 The Liverpool Lung Project (LLP) LLP has been funded by the Roy Castle Lung Cancer Foundation (RLCCF) since 1996 and has the primary focus for our research into early detection of lung cancer,

Hosted by the University of Liverpool, and led by Professor John K Field, it has established one of the largest prospective lung cancer case-control and cohort populations in Europe (>11,500) with epidemiological, clinical & outcome data and specimens. These specimens and their associated data now form the LLP Biobank, which is used by researchers around the world to better understand lung cancer.

Focused on early lung cancer biomarker discovery and validation, the LLP team have developed a Lung Cancer Risk prediction model based on the LLP case control data. This was validated in two international case-control datasets and a large UK Cohort and utilised to identify high risk individuals for the UK Lung cancer screening trial (UKLS).

Further research continues to identify additional biomarkers that will aid either early diagnosis or better treatments for lung cancer.